The Community Roundtable has partnered with Voce Communications to produce a new podcast series, “Conversations with Community Managers.” In this series, TheCR’s Jim Storer joins forces with Voce’s Doug Haslam to speak with people from a variety of industries about their efforts with community and social media management.

Our fifth episode is an interview Shwen Gwee, who works in the health care and pharma industries, and heads up a network called SocialPharmer* and the blog Med 2.0.

Highlights of the conversation include:

* Note: SocialPharmer is currently a Ning group, but with the announcement that Ning will stop support for free groups, Shwen has told us that he is working on moving the network to a new platform, to be determined soon. 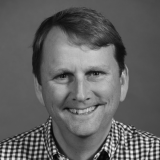 Jim has always been interested in bringing people together and connecting them to one another, whether it’s for events, online communities or a food/craft beer tasting. Connect with Jim on Twitter or Linkedin.